First off, thank you all for checking your payment details in advance of the deadline – this ended up being a little earlier than we thought, but we have not had much by way of attrition in dropped pledges – many thanks! We are expecting to receive the funds from Kickstarter any day now, which means we can begin to pay for the hire of all of the tech we need, along with arranging flights and accommodation for our guests.

If your payment was dropped but you are still wanting to come to Summer of Sonic 2016, please get in touch with us by Friday, 20th of May.

Today we have two more guests to announce, with a Sonic the Comic theme!
Nigel Dobbyn

We welcome back Sonic the Comic artist Nigel Dobbyn, who once again joins the Summer of Sonic roster! Nigel is probably best known for illustrating some of the most memorable STC stories, including many of the Knuckles the Echidna story arcs. Nigel has an extensive portfolio of work outside of Sonic the Comic, including 2000AD and the Beano, and has been involved with Sonic the Comic Online – the fan-run continuation of the Sonic the Comic story.
Richard Elson 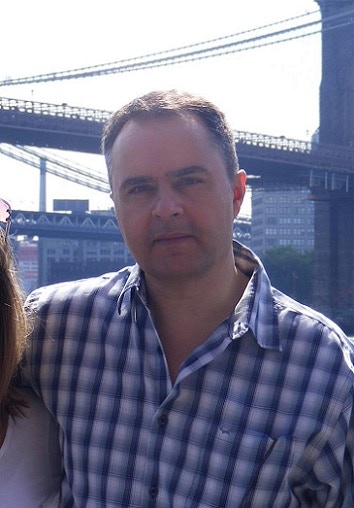 We are pleased to be able to announce the first appearance of Sonic the Comic artist Richard Elson at Summer of Sonic 2016! Richard’s art style is one of the most synonymous with Sonic the Comic, having illustrated from issue #7 all the way through to the comic’s conclusion. His career extends out into both the Marvel and 2000AD universes, as well as many other franchises such as Teenage Mutant Ninja Turtles and Toxic Crusaders to name a few.
Event details to come!

We have received a lot of messages asking about the Summer of Sonic 2016 start and closing times. We have not yet confirmed the running order of the day, but we hope to bring you more details very soon!